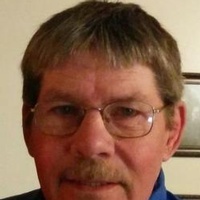 Funeral Service for Thomas Lee Glasshoff, age 65, of Sulphur Springs, will be held at 2:00 PM. Tuesday, May 16, 2017 at Tapp Funeral Home with Justin Wilson officiating. Serving as pallbearers will be Jesse Glasshoff, Chad Glasshoff, Jared Glasshoff and Shauntel Jones. Visitation is scheduled for Monday, May 15 from 6:00 to 8:00 PM.
Mr. Glasshoff passed away Thursday, May 11, 2017 at his residence in Sulphur Springs. He was born on May 19, 1951 to Harry P. Glasshoff and Ida Stodola Glasshoff in Omaha, Nebraska. Thomas was raised Catholic and retire from R.K. Hall (was a road builder).
Survivors include: sons, Chad from Cumby, Jesse and wife Carolyn of Orlando, Florida and Jared and wife, Gabriella of Sydney, Australia; daughter, Shauntel Jones and spouse, Jay of College Station; grandchildren, Noelle Glasshoff, Tyler Jones, Keston Jones, Sidney Glasshoff, Peter Glasshoff and Catherine Glasshoff; brother, Robert Glasshoff; sister, Harriete Knake.
He was preceded in death by his parents.

To order memorial trees or send flowers to the family in memory of Thomas Glasshoff, please visit our flower store.