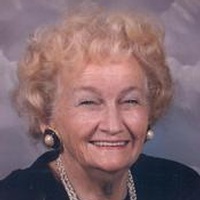 Funeral services for Tempie Lacek, age 89, of Sulphur Springs have been set for Wednesday, June 8, 2011 at 1:00PM at Myra Wilson Chapel with Pastor Jose Pacheco officiating. Interment will follow in City cemetery. Max Parker, Dr. Darren Arnecke, Tom Sellers and Carl Bryan will serve as honorary pallbearers. A visitation will be held at Tapp Funeral Home Tuesday, June 07, 2011 from 6:00PM to 8:00PM


Tempie Dean was born on November 3, 1921, in Ranger, Texas, the daughter of Farris Alexander Dean and Alba Lee Dean. She married Howard Lacek, in Robstown, Texas on December 20, 1948. He preceded her in death in 1997. She was an X-ray technician and served in the United States Army during World War II. As a result of her service to her country, Hopkins County Military Coalition will perform graveside rites. Mrs. Lacek passed away Monday, June 6, 2011 at her residence in Sulphur Springs.


Memorials may be made to church or charity of choosing.

To order memorial trees or send flowers to the family in memory of Tempie Lacek, please visit our flower store.