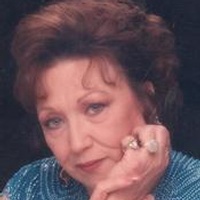 Graveside Memorial services for Sondra Lou Porter will be held at 1:00 p.m. Monday, December 3, 2012 at Restlawn Memorial Park, with Rev. Fred Randles officiating.
Sondra Lou Porter, age 74, passed away on Thursday evening, November 22, 2012 at Doctors Hospital in Dallas. She was born the daughter of Rex C. and Vera Fern Jeffress Jr. Ms. Porter was affiliated with the Casa View Baptist Church in Dallas.
Survivors include: daughters, Kerrie Sue Smith, of Hutchins, and Kimberly Ann Cheesman, of Irving; brother, Tommy Joe Jeffress, of Dallas; grand daughter, Shelley Kaye Smith; and several nieces and nephews.
She was preceded in death by her parents.

Memorials may be made to the American Diabetes Association.

To order memorial trees or send flowers to the family in memory of Sondra Porter, please visit our flower store.