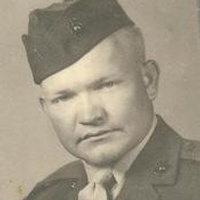 Funeral services for Rex Harris, age 79, of Sulphur Springs, have been scheduled for 2:00PM Wednesday, September 26, 2012 at Tapp Funeral Home. Interment will follow in Black Oak Cemetery with Ricky Gilliam, Steve Mitchell, Michael Arellano, Nate Teague, Cary Gilliam, and Cameron Mitchell serving as pallbearers. A visitation will be held at Tapp Funeral Home one hour before service.
Rex Harris passed away Saturday, September 22, 2012 at Carriage House Manor, he was born on February 28, 1933, in Como TX, the son of Jack Harris and Dolly Gilliam Harris. He married Janet Sue Smith on January 27, 1958 in Seminole, TX. She preceded him in death in 1996. He was a U.S. Marine and a Lieutenant in the Korean Conflict.
Survivors include, daughter, Rexcena Odom, of Wichita Falls; brother, Billy Harris, of Como; grandchildren, Jeff Barry, Alena Odom, and Selena Odom; Nieces, Janet Lee Shugart, Jennifer Sisson, Vicki Henry, all of Levelland, Dolly Gilliam, Sue Mitchell both of Sulphur Springs, and Sandy Arellano, of Ft. Worth. He was preceded in death by his parents; son, Jack Harris; daughter, Serena Thedford; two brothers, James and Benny Harris.
The family wants to give a special thank you to Ashley and the many caregivers at Carriage House for loving and caring for him over the years. They can't thank you enough.

To order memorial trees or send flowers to the family in memory of Rex Harris, please visit our flower store.