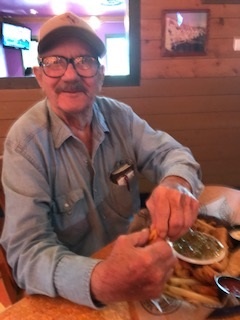 A Private Family Burial for Ralph Hobaugh, age 83, will be held at 1:00 PM on Thursday, August 5, 2021 at Blackburn Cemetery in Franklin, OK.  Mr. Hobaugh passed away on July 26, 2021 at Christus Mother Frances Hospital in Tyler, TX.

He was born the son of John Albert Hobaugh and Effie Dora Mayhew Hobaugh on May 29, 1938 in Newalla Oklahoma. He was married to Charlene Lambert in Levelland, TX in 1962. She preceded him in death in 2011.  Ralph was a sheet metal fabricator with A&S Air Conditioning in Sulphur Springs, TX for 20 years before he retired.

To order memorial trees or send flowers to the family in memory of Ralph Hobaugh, please visit our flower store.