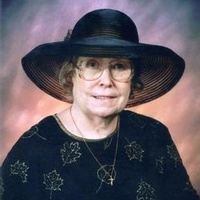 Funeral services for Peggy Marie Watson, age 85 of Greenville, will be held Tuesday, May 19, 2015 at 2:00 p.m. at Tapp Funeral Home with Pastor Jon Nesbitt and David Watson officiating. Interment will follow at East Delta Cemetery with Lyndon Alomond, Keith Cannon, Kevin Cannon, Billy Watson, Stanley Matthews, and Wayne Burroughs serving as pallbearers. Visitation will be held Tuesday May 19, 2015, from 12:00 p.m. to 2:00 p.m. at Tapp Funeral Home.
Peggy passed away Friday, May 15, 2015 at Greenville Health and Rehab in Greenville. She was born the daughter of Mansel T. and Gladys Dora (Sifford) Evans on March 3, 1930 in Rose Hill, Texas. She married Dois Edward Watson on April 21, 1951 at Dallas.

She was preceded in death by her husband; brother, Sonny Evans and grandson, Gaylan Wright.

To order memorial trees or send flowers to the family in memory of Peggy Watson, please visit our flower store.