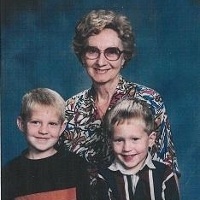 Peggy McDougall, age 94, went to be with the Lord on Sunday, July 28, 2019.
The daughter of Sterling Ishmael and Willie Johnston Ishmael born January 17, 1925 in Hopkins County in Sherley, Texas and given the name Lula Odeal Ishmael.
Mrs. McDougall was nicknamed Peggy, by Sulphur Springs high school friends who said she looked like a “Peggy” and went by it for the rest of her life. Mrs. McDougall was preceded in death by her parents, her husband of 37 years, Bill McDougall, her brothers, Marvin and Melvin Ishmael, sister, Nadine Palmer, as well as beloved nieces, nephews, sister in laws and brother in laws. After high school, Peggy moved to Dallas where in 1947 she met and married Belmont Parker (Bill) McDougall of Brooklyn, New York. They married in California and a few years later moved to Texas. Peggy leaves behind their only child, Tracey Overton, son in law, Don Overton, and her two beloved grandsons that meant the world to her -Samuel Overton and Daniel Overton and wife, Nicole Overton. Peggy also leaves behind her beloved 91 year old brother and friend of 91 years, Lanning Ishmael, as well as wonderful nieces and nephew. Peggy worked for Judwin Properties of Houston for 20 years as an apartment manager and was a member of Nassau Bay Baptist Church in Nassau Bay, Texas for nearly 50 years where she was active in nursing home visitation ministry. She spent her last months at La Vita Bella in Dickinson, where she was beautifully cared for and loved by the tremendous staff. Peggy loved her family and friends well and was dearly loved by them. Though she will be greatly missed, we rejoice in this certainty-she is home; healed, and in the presence of her Savior, Jesus Christ.
Mrs. McDougall will be laid to rest in a private family ceremony in Shirley, Texas. In lieu of flowers, memorial donations in memory of Peggy may be made to The Friends of Israel Gospel Ministry at P.O Box 908, Bellmawr, NJ 08099

No visitation is scheduled.

No visitation is scheduled.

To order memorial trees or send flowers to the family in memory of Peggy McDougall, please visit our flower store.