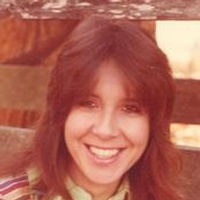 
Patti Ann Daniel was born on September 30, 1949 in Sulphur Springs, the daughter of Billy F. Daniel and Marybelle Millsap Daniel. She was of the Baptist faith. Ms. Daniel passed away in Senior Care Health and Rehab in Decatur on Monday, February 6, 2012.

To order memorial trees or send flowers to the family in memory of Patti Daniel, please visit our flower store.