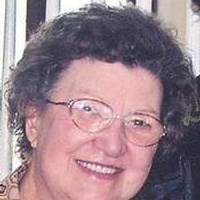 Funeral services for Melba Lawson, age 87, of Tira, have been set for 11:00AM Friday, January 20, 2012 at Tapp Funeral Home with Bro. Ed Dodd and Bro. Leroy Reeves officiating. Interment will follow in Tira Cemetery with Floyd Lawson, Michael Lawson, Derek Lawson, Matthew Johnson, Andy Marleau and Nolan Kienitz serving as pallbearers. A visitation will be held Friday, January 20, 2012 from 10:00AM to 11:00AM prior to the service at Tapp Funeral Home.

Melba Lou Lawson was born May 25, 1924 in Hopkins County the daughter of Henry and Scelena Chapman Melton. She married L. V. Lawson on April 24, 1942 in Delta County. He preceded her in death in March 2001. Mrs. Lawson was retired from Fireman's Fund Insurance Company and was a member of Tira United Methodist Church. Mrs. Lawson passed away Sunday, January 15, 2012 at Hopkins County Memorial Hospital.

Memorials may be made to Tira United Methodist Church.

To order memorial trees or send flowers to the family in memory of Melba Lawson, please visit our flower store.