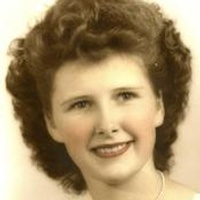 Funeral services for Mary Lavelle Walker Venable have been set at Tapp Funeral Home, Saturday August 11, 2012 at 1:00 pm. A visitation with family will be held prior to the service with interment at Restlawn Memorial Park immediately after the service.

Lavelle was born Jan 3, 1927 at home in the Divide Community in Hopkins County. She graduated from Sulphur Springs High in 1943 where she was Student Council President and football queen. She graduated from East Texas State Teachers College and taught high school math. She was a devoted wife, mother and dedicated Christian. She went to be with the Lord Thursday August 9, 2012.

In lieu of flowers, the family suggests donations to the Arthritis Foundation, PO Box 7669, Atlanta, Georgia 30357.

To order memorial trees or send flowers to the family in memory of Mary Venable, please visit our flower store.