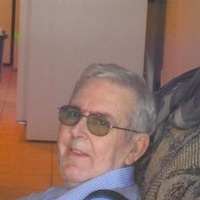 Larry Fred Beadles passed away on Thursday, April 24, 2014 at his residence. He was born in Commerce on October 16, 1942 the son of Fred Luther and Flossie Ann Foster Beadles. He married Georgia Perez in Temple on February 28, 2005. He served in the United States Army during the Vietnam War. He was of the Baptist faith.

He was preceded in death by his parents and son, Bobby Luther Beadles.

To order memorial trees or send flowers to the family in memory of Larry Beadles, please visit our flower store.