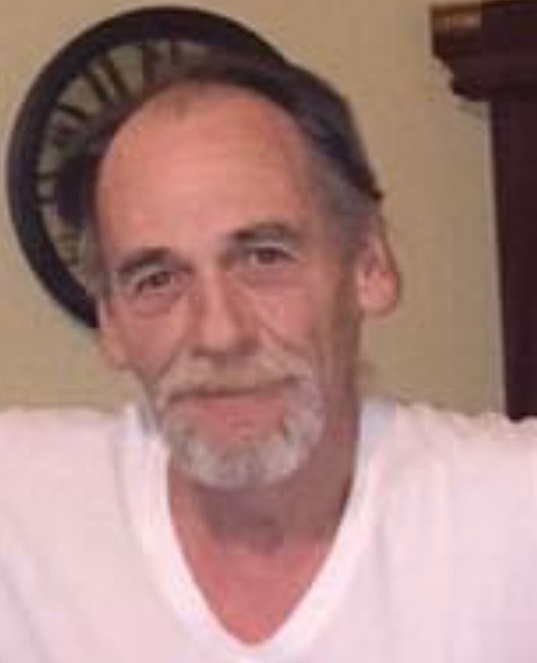 
Kenneth Paul Tolly, Sr. was born in Sulphur Springs on September 14, 1953, to J C and Vivian Pauline Allen Tolly. Ken passed away on August 17, 2020 in Waxahachie.  Ken joined the US Navy in February of 1971, serving on the USS Charles Ware until his Honorable Discharge in February of 1973. He was proud to serve for his country, and to have his name entered on the Veterans Memorial in downtown Sulphur Springs.  Ken married Cindy Sue Proffit on April 7, 1972 in Ohio. To this marriage three sons were born, Shannon Proffit, Kenneth “KC” Tolly, Jr. and Dustin Tolly. After many years of marriage, they parted ways but remained friends.
Ken was a truck driver for many years, and eventually became a driver for Greyhound Lines, a job in which he was recognized as an exemplary employee. Ken met Brenda Randolph, his soulmate, when she began taking care of his late sister Cynthia Ann. They were married on October 14, 2014, and have been blessed to have each other. They had recently moved to Waxahachie so that Nancy, Brenda’s daughter, could take care of them after both were having serious health issues.
Ken is survived by his wife, Brenda; his mother, Pauline Green; one sister, Vivian Williams; three brothers, Norman Green and wife Markeeta; Edward Green and wife Christi; and Jay Tolly and wife Vicki. Sons, Shannon Proffit and fiancé Christine and her son Stetson; KC Tolly; and Dustin Tolly and wife Amy. Eight grandchildren, Brittany Thompson, Peyton Proffit, Alexis Tolly, Trenton Madewell, Kristine Tolly, Katie Tolly, Kaleb Tolly, and Kayla Tolly; Six great grandchildren, Lochlan Whiddon, Lathan Whiddon, Jonah Ackenback, Judah Johnson, Jessie Johnson, and Jensen Thompson.  Stepdaughters, Nancy Valdez and her children, Crue Medina, Selina Tejeda, Hunter Valdez and Amy Moreno and husband Johnny Moreno and her children JT, Jolee & Jeremy Shotwell
He is preceded in death by his father, J C Tolly; one brother, Robbie Tolly; three sisters, Cynthia Tolly Heiser; Lisa Green McClure and Bonnie Rose Green.

To order memorial trees or send flowers to the family in memory of Kenneth Tolly, please visit our flower store.