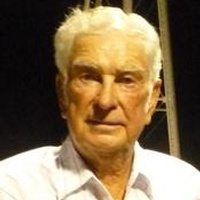 Funeral services for Junior Adair, age 83 of Yantis will be at 2:00 pm, Saturday, October 5, 2013 at Tapp Funeral Home with Brother Jeremy Durig officiating. Interment will follow in the Yantis Cemetery with David Frost, Mike Frost, Mark Frost, Ronny Knightstep, David Fleeup and Shannon Davis serving as pallbearers. Honorary pallbearers will be Carl Davis, Boyd Gilbreath, and Thurman Boyd. Visitation will be Friday, October 4, 2013 from 6:00 pm to 8:00 pm at Tapp Funeral Home.
Junior Adair passed away Wednesday, October 2, 2013 at his residence. He was born in Yantis TX the son of Daniel Henry and Addie Bell Adair. He married Charlotte Fleeup on January 18, 1991 in Yantis, TX. Mr. Adair served in the United States Army during the Korean Conflict, he was retired from Sears he was a dispatcher for transportation and was affiliated with the White Oak Baptist Church.
Survivors include: wife, Charlotte Adair, of Yantis; daughters, Wynona Adair, of Quitman and Anita Johnson, of Quitman; four grandchildren; and five great-grandchildren. He was preceded in death by his parents; mother of his children Bobbye Adair; four sisters, Bessie Gregory, Jessie Bryant, Winnie Fitzgerald, and Ruthie Adair.

To order memorial trees or send flowers to the family in memory of Junior Adair, please visit our flower store.