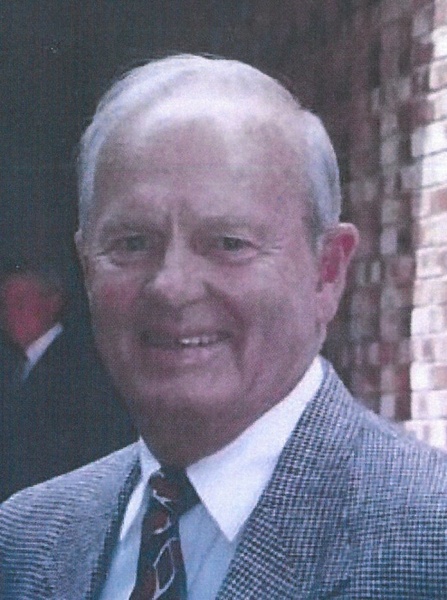 Joseph Ernest France, beloved husband, father, grandfather, great grandfather and friend was born in Sulphur Springs, Texas on January 12, 1926. Joe was the youngest of three sons of D.A. and Clyde France. The France family owned cotton gins in both West Texas and Sulpher Springs. Joe grew up with his family as members of First Baptist Church in Sulphur Springs.

In his younger years, Joe served the Boy Scouts of America as a Scout Master where he mentored young men. In Joe’s journal he wrote, “A real man must be respectful to be respected.” This was a quote which he sought to exemplify both as a Scout Leader and leader among his peers. Joe graduated from Sulphur Springs High School in 1943 and was a loyal friend to so many people. Even well into his later years, Joe continued to gather with his high school classmates at least once a year.

Joe served in WWII at the age of 17, and was in pilot training to fly a PT-17 aircraft when the war ended. Joe continually held his country with pride and honor which is the reason he flew the American flag outside his home daily. He taught his children and grandchildren this same “love of country” through his example and inspirational stories. Joe thought his message was important to pass on to future generations giving them a glimpse of what our country meant to him and what he felt it should mean to all Americans.

Joe graduated from Texas Tech University in Lubbock, Texas where his fellow students and faculty named him “Who’s Who at Texas Tech” from his graduating class. After college, Joe worked until his retirement for Sun Oil Company as a Landman where he was honored with many outstanding awards and accomplishments.

He was a devoted husband to Dot France (daughter of Jack and Helen Reynolds of Sulphur Springs) for 50 years until her death. Joe was first and foremost a loving husband. Their love and relationship was an inspiration to family and friends. He brought such joy and fun to his family life, even in his final years. Joe was a gifted storyteller, loved life, and he was such fun to be around. Joe and Dot loved to travel and went with friends on many trips throughout the US and abroad. They fulfilled one of their common dreams to build a lake house where they entertained for years, but especially enjoyed spending time there with each other. Joe, Dot and their family were members of First Baptist Church Dallas where he served as Deacon and Sunday School teacher, then later joined Prestonwood Baptist Church. Joe was a faithful man of prayer and served the greater Church community worldwide through Texas Baptist Men, building churches, homes for pastors, teaching Bible Schools and working in Disaster Relief Efforts with Dot. Joe certainly left his mark in his generation and will be remembered well and deeply loved. What a privilege and honor to have walked beside him.

Joe France died at the age of 96 on January 23, 2022. Joe is survived by his two daughters, Lea Burks of Dallas and Janie Fountain of California, by two sons-in-law Alan Burks and Bill Fountain, six grandchildren Rachel Smith, Katie Levy, Sarah Godat, Michael Howell, Chris Fountain, Kaley Hernandez, their spouses and twelve great-grandchildren. The family wishes to express their sincere appreciation to their many friends and to Maria Ochoa who made huge sacrifices to enable Joe to remain in his home until a few months ago. Maria was more than a friend and helper, to Joe; she is family! They would also like to voice appreciation to Mark Whitman and the compassionate staff of Top Hill Group Home where Joe resided the past few months. Services will be held in the Myra Wilson Chapel at City Cemetery, Debora St. Sulphur Springs, Saturday, January 29th, 11:30AM. A lunch will be hosted by Joe’s daughters at Corner Grub Hub 1 PM, (private venue address not restaurant), 209 Main St. Sulphur Springs, Texas.

To order memorial trees or send flowers to the family in memory of Joseph France, please visit our flower store.