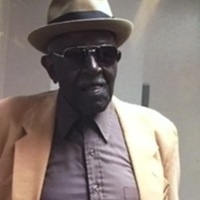 Funeral services for Jerry Lee “Preacher” Wilkerson, age 92, of Sulphur Springs, have been set for Tuesday, December 3, 2019 at 11:00AM at Morning Chapel Missionary Baptist Church with Rev. Harold B. Nash officiating. Interment will follow at the Mel Haven Cemetery with the grandsons and great grandson serving as pallbearers.

Mr. Jerry Lee Wilkerson passed away November 27, 2019 at the age of 92. He was born January 21, 1927 in Hopkins County to the union of George Wilkerson and Maggie Garrett Wilkerson. He was the youngest of fourteen children. He was well known for hunting and he loved his dog. In 1984 he married Annie Mearl Harris Wilkerson and she survives.

He was preceded in death by his parents and siblings.

To order memorial trees or send flowers to the family in memory of Jerry Wilkerson, please visit our flower store.