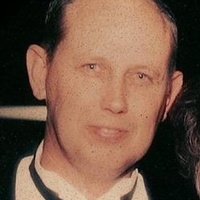 Memorial services for Jason Austin, age 66, of Brashear have been scheduled for 1:00 P.M. Saturday, May 28, 2016 at Kingdom Hall of Jehovah's Witnesses with Durwin Hohhertz officiating.
Jason Austin was born in Paris, Texas on November 4, 1949, the son of Charlie Austin and Ola Maude (Miller) Austin. He married Jeanette Crain in Fort Worth on January 26, 1984. She preceded him in death in 2015. He was a concrete worker and truck driver and a U.S. Navy veteran serving in the Vietnam era. Mr. Austin passed away May 20, 2016 in Sulphur Springs.
Survivors include, three sons, Abel Austin and wife Jessica of Brashear, Waylon Underwood of Cumby and W.L. Underwood of Fort Worth; two daughters, Terra Dotson and husband Darin and Marley Herrera and husband Jesus all of Sulphur Springs; nine grandchildren, Tripp Austin, Violeta Herrera, Juan Herrera, Kenna Dotson, Mikayla Dotson, Dalton Dotson, Xavier Underwood, Jacob Underwood and Hannah Underwood; two brothers, Jimmy Austin and wife, Sharon of Hugo, OK and Jerry Austin of Paris; two sisters, Myra Simmons and Charlene Austin both of Paris.
He was preceded in death by his parents, his wife, a daughter, Alesha and a brother, Milton Austin.

Arrangements are under the direction of Tapp Funeral Home.

No visitation. Service at the Kingdom Hall of Jehovah's Witnesses

No visitation. Service at the Kingdom Hall of Jehovah's Witnesses

To order memorial trees or send flowers to the family in memory of Jason Austin, please visit our flower store.