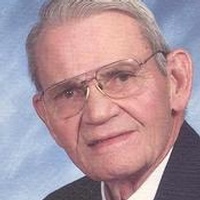 Funeral services for James Winston Perkins, age 75, of Sulphur Springs have been scheduled for 10:00 AM Thursday, October 25, 2012 at the First United Methodist Church in Sulphur Springs with Rev. Pete Adrian officiating and assisted by Rev. Debbie Riggsby. Interment will follow Restlawn Memorial Park with Andy Bryant, Ray Bryant, Winston Perkins, Dick Stanley, Joe Wheeler, and Harve Chapman serving as pallbearers. Honorary pallbearers will be the Messenger class and the Historical Society. A visitation will be held Wednesday evening, October 24, 2012 at Tapp Funeral Home from 6:00PM to 8:00PM.
James Winston Perkins was born in Sulphur Springs, Texas on July 18,1937, the son of C.C. "Jocko" and Elmore Perkins. He married Judy Hilder, in Houston, on May 30, 1964. He was a retired manager of Baylor Bookstore in Houston. He served his country in the Army. He was a member of the First United Methodist Church, Hopkins Historical Society, Alpha Delta Sigma Fraternity, the First Methodist Choir and messenger Sunday school class. He was a January 28, 1961 graduate of the University of Texas with Bachelor of Science degree. Mr. Perkins passed away Sunday, October 21, 2012 in Sulphur Springs at Carriage House Manor.
Survivors include, wife, Judy Perkins, of Sulphur Springs; daughter, Holly Matherly and husband, Karl, of Houston; brother, Clurin Lee Perkins, of CO; sister, Ann Bryant, of Dike; and several nieces and nephews.
He was preceded in death by his parents.

To order memorial trees or send flowers to the family in memory of James Perkins, please visit our flower store.