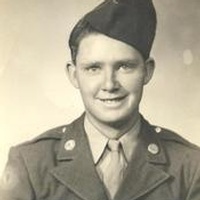 Funeral services for James H. Morgan, age 87, formerly of Hopkins County have been scheduled for Saturday, October 8, 2011 at 2:30PM at Tapp Funeral Home with Bro. Lee Huff officiating. Interment will follow in Gafford Chapel Cemetery with Terry Speed, Joe Thomas, Mercer King and John Wisniewski serving as pallbearers. A visitation will be held on Friday evening, October 7, 2011 at Tapp Funeral Home from 6:00PM to 8:00PM.


James Henry Morgan was born on March 16, 1924 in Ridgeway, the son of Dalton Allen and Dovie May Mitchell Morgan. He married Mary Allen Eaton in Sulphur Springs in 1948. She preceded him in death in 1992. He was a retired dairyman and truck driver. He served in the United States Army during WWII. In honor of his service the Hopkins County Military Coalition will present the flag at the graveside. Mr. Morgan passed away Wednesday, October 5, 2011 at his residence.

To order memorial trees or send flowers to the family in memory of James Morgan, please visit our flower store.