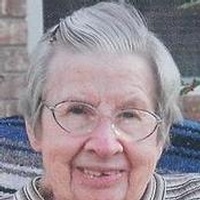 Funeral services for Freida Nordin, age 89, of Sulphur Springs, have been scheduled for 10:00 AM Friday, August 10, 2012 at Tapp Funeral Home. Interment will follow in Restlawn Memorial Park with family and friends serving as pallbearers. A visitation will be held at Tapp Funeral Home Thursday, August 9, 2012 from 6:00PM to 7:30PM.


Freida Nordin was born on November 26, 1922, in Hopkins County, the daughter of Walter William and Bennie Joe Jolley Froneberger. She married James Thomas Nordin on September 4, 1954 in Sulphur Springs. He preceded her in death in February 1995. She was a military spouse and was of the Baptist faith. She passed away Tuesday, August 7, 2012 at Hopkins County Memorial Hospital.


In lieu of flowers, memorials may be made to the Animal Humane Society.

To order memorial trees or send flowers to the family in memory of Freida Nordin, please visit our flower store.