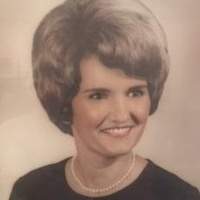 
Funeral services for Dorothy Davis, age 87, of Winnsboro, have been scheduled for Thursday, June 14, 2018 at 11:00AM at Tapp Funeral Home Chapel with Minister Kevin Hollowell officiating. A visitation will be held one hour prior to the service. Serving as pallbearers will be Shannon Davis, Randy Stewart. Billy Bob Stewart, Brent Cain, Will Bryant and John Patrick. Honorary pallbearers will be Scotty Stewart, Ted Beaty and the men of the Central Christian Church of Winnsboro.
Mrs. Davis passed away Tuesday, June 12, 2018 at Sulphur Springs Health and Rehab.
She was born April 28, 1931 in Yantis, the daughter of Houston Gilbreath and Pearlie Medie Boyd Gilbreath. She married Carl Davis in Sulphur Springs on August 26, 1949. Together they owned the Western Auto Store in Winnsboro and she was member of the Central Christian Church of Winnsboro.
Survivors include: husband: Carl Davis of Winnsboro; son: Jimmy Davis of San Francisco, CA; sister: Louise Stewart and her husband, Elton of Brashear and numerous nieces and nephews.
Preceded in death by her parents.

To order memorial trees or send flowers to the family in memory of Dorothy Davis, please visit our flower store.