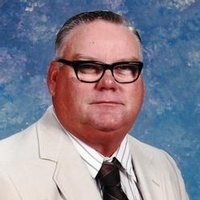 Funeral services for Don McCool, age 67 of Sulphur Springs will be held 2:00 PM Wednesday, March 25, 2015 at South Liberty Baptist Church with Bro. Ronnie Miller and Rev. Tim Potts officiating. Interment will follow at South Liberty Cemetery with Shane Hartman, Michael Russell, Brad McCool, Curtis Mayo, Jack Nelson, Richard Crouch and Harold Bryant serving as pallbearers. Honorary pallbearers will be numerous cousins and friends. Visitation will be 6:00 to 8:00 PM Tuesday at Tapp Funeral Home.
Don passed away Monday, March 23, 2015 at Carriage House Manor in Sulphur Springs. He was born March 26, 1947 in Sulphur Springs to Andy and Melodine Woods McCool. He was a dairy farmer and was very active in various ag organizations while growing up. He taught in public schools and had formerly served on the school board in Cumby, Texas. Don was a former employee of Home Lumber and Lowe's. He was a Baptist.
He is survived by an uncle, Octave Woods and his wife Linell of Point, Texas; an aunt, Sue Shawbell of Ardmore, Oklahoma; and several McCool cousins and Woods cousins.
He was preceded in death by his parents, numerous aunts and uncles, and a special uncle and friend, Freddy Woods.
The family would like to give a special thanks to Legacy Hospice, Heart to Heart Hospice and the staff and nurses and nurses aides at Carriage House Manor Cottages.
The family requests memorials to the American Cancer Society at www.cancer.org/donate and the American Diabetes Association at www.diabetes.org/MonthlyDonations.

To order memorial trees or send flowers to the family in memory of Donald McCool, please visit our flower store.