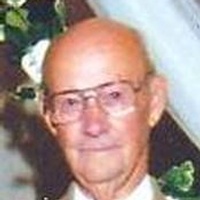 Funeral services for Darell McDaniel, age 88, of Pickton, have been scheduled for 10:30AM at Tapp Funeral Home on Saturday, August 11, 2012 with Rev. Rick Higgins and Rev. Vern Hawkins officiating. Interment will follow in Black Oak Cemetery with Billy Bryant, Stan Dickey, Archie Lindley, Darrell Matthews, Ray Rohrbeck, and Robert Thompson serving as pallbearers. A visitation will be held Friday, August 10, 2012 at Tapp Funeral Home from 6:00PM to 8:00PM.


Darell McDaniel was born in Burnett, Texas, on October 22, 1923, the son of Pete and Cindy Chamberlain McDaniel. He married Loretta Messer Warren in Pickton, on August 30, 2003. She survives. Mr. McDaniel served in the United States Navy during WWII. In honor of his military service, the Hopkins County Military Coalition will perform graveside rites. Mr. McDaniel passed away at his residence in Pickton on August 8, 2012.

To order memorial trees or send flowers to the family in memory of Darell McDaniel, please visit our flower store.