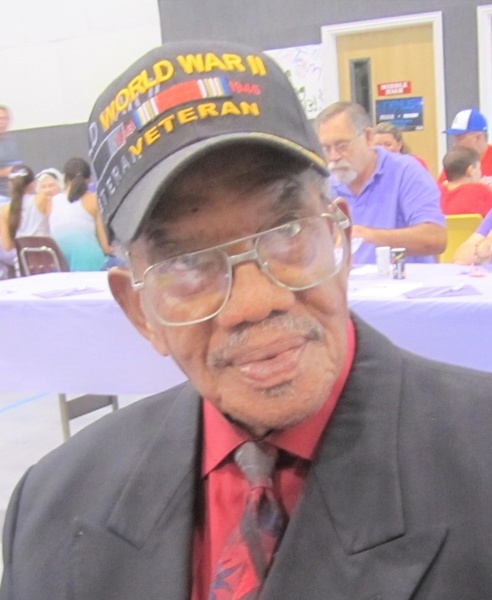 Minister Cleotha Miller was born to the parentage of Cal & Annie (Payne) Miller March 15, 1920 in the city of Frankston, TX. In 1955, Minister Miller married Minnie Jean Robinson and to this union a son was born Paul C. Miller on February 23, 1963. Minister & Sis. Miller was married for 45 years before her earthly departure November 24, 2000.

Once completing his education, Minister Miller enlisted into the United States Army in 1940 during WWII and completed five years of service prior to receiving his honorable discharge.   Minister Miller was also a Licensed Barber and during this tenure he mentored other barbers. Minister Miller relocated to Fort Worth, TX where he was converted from the Baptist persuasion to Church of Christ. He was baptized into Christ January 1, 1950 under the leadership of  Bro. Shelton Gibbs II (Church of Christ at New York & Lauder).

Minister Miller earnestly desired to preach the gospel to many whereas, on the first night of his baptism he preached his first sermon. He served under his mentor Pastor. Gibbs II before taking a ministry in Cisco, TX where he ministered for one year.

During his ministry tenure, Minister Miller also worked along with Bro Jesse Vaughn at the Worth Hill congregation. He went on to minister in Longview (4 ½yrs), Big Sandy (1½yrs), Ardis St. (4½yrs), Greenville and Gilmer, TX before planting his roots in the Arbala Community.

In 1970, Minister Miller purchased land in Arbala along with his wife Minnie Jean. Later, they purchased a frame building in which they deeded both (land/building) to the church in Arbala.

As the Lord continued to increase the blessings upon this ministry, a new auditorium was dedicated to the glory of God in 1984. Bro. Miller has labored with the Arbela congregation for over 50yrs. During this tenure, Bro Miller has extended his pulpit to former ministers such as: Pastor David Williams, Pastor Fred Weeks, currently, Pastor Valanderous Bell.

To order memorial trees or send flowers to the family in memory of Cleotha Miller, please visit our flower store.