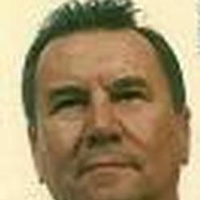 Graveside services for Christopher Kenneth Ondeck, age 87, of Sulphur Springs will be held at 1:00 PM on Saturday, January 6, 2018 at the North Hopkins Cemetery with Bruce Stinson officiating. Mr. Ondeck passed away Thursday, January 4, 2018 at Christus Mother Frances hospital in Sulphur Springs.
Mr. Ondeck was born October 13, 1930 in West Mifflen, PA, the son of Andrew Ondeck and Anna Granity Ondeck. He married Doris Phillips on October 28, 1961 in McKinney, TX. He was an aircraft Mechanic and served in the US Air Force. Mr. Ondeck was of the Catholic faith.
Survivors include his wife, Doris; daughters: Patty Chittenden of Corinth and Pam McCord and husband Robert of Irving; son, Christopher Ondeck of Corinth; six grandchildren; five great grandchildren; sister, Ann Tobias; brother, George Ondeck.
He was preceded in death by his parents; brothers, Andy and Larry; sister,
Mary.
The family request that donations be made to the Parkinson's Foundation.

To order memorial trees or send flowers to the family in memory of Christopher Ondeck, please visit our flower store.