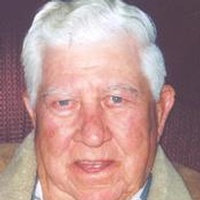 
Chester Marvin Littlefield was born in Talco on May 26, 1925, the son of A. C. "Babe" and Frauline Horn Littlefield. He married June Caldwell on August 8, 1981 in Garland. She survives. He was retired from the City of Garland as the Supervisor of Mechanics and he also owned and operated a bulldozer in Hopkins County. He served in the U. S. Army during World War II in the infantry, Third Army, Thirty Fifth division and was wounded in Germany on October 17, 1944. He was awarded a Purple Heart, WWII Victory Medal, American Campaign Medal, European-African-Middle Eastern Campaign Medal. In honor of his service to his country, Hopkins County Military Coalition will perform graveside rites.

To order memorial trees or send flowers to the family in memory of Chester Littlefield, please visit our flower store.