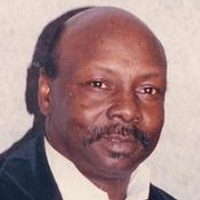 Funeral services for Charles Edward Nash, age 64, of Sulphur Springs, have been scheduled for 11:00AM, Tuesday, February 7, 2012 at Morning Chapel Missionary Baptist Church with Valanderous Bell officiating. Interment will follow in East Caney Cemetery. No formal visitation has been scheduled.


Charles Edward Nash was born on April 29, 1947, in Hopkins County, the son of Sidney Nash and Lena Fay Malone Nash. He married Linda Faye Clayton in Hopkins County in January 1968. She survives. Mr. Nash worked in Environmental Service for Hopkins County Memorial Hospital. He served his country during Vietnam in the Army and was a member of the American Legion. He was of the Baptist faith.

To order memorial trees or send flowers to the family in memory of Charles Nash, please visit our flower store.