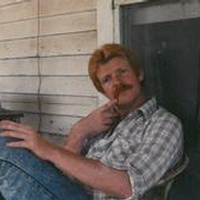 Funeral services for Bobby Wayne Lowe, age 54, of Saltillo will be held at 1:00 pm, Saturday, January 18, 2014 at Tapp Funeral Home Chapel with Lovie Moss officiating. No formal visitation.
Bobby Wayne Lowe passed away Tuesday, January 14, 2014 at his residence. He was born in Dallas, TX on September 19, 1959 the son of Dan Moody and Catherine Hale Lowe. He married Angela Noble in Mt. Vernon on July 4, 1989. She survives.
Other suriviors include: two daughters, April Wooten of Paris and Lovie Moss of Mt. Vernon; sisters, Suzi Henderson and husband, Ed of Dallas, and Dani Campbell of Greenville; grandchildren, Kayla Wooten, Keondre Wilkerson, Keaton Wilkerson, Dathan Pepper, Kerry-Ann Bailey, and Jude Grigsby.
He was preceded in death by his parents

To order memorial trees or send flowers to the family in memory of Bobby Lowe, please visit our flower store.