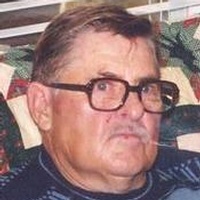 Funeral services for Billy Jack Romack, age 81, of Brashear, have been scheduled for 2:00PM Tuesday, November 8, 2011 at Tapp Funeral Home with Bro. Hoyt Scogins officiating. Interment will follow in Greenview Cemetery with Don Willingham, Albert Eddings, Dallas Flick, Michael Dennison, Logan Dennison, and Jimmy Romack serving as pallbearers. A visitation will be held Tuesday, November 8, 2011 at Tapp Funeral Home one hour prior to service from 1:00PM to 2:00PM.

Billy Jack Romack was born on February 20, 1930, in Brashear, the son of James "J.C." and Lois Stewart Romack. He married Marcelle McWilliams Vaughan on April 3, 1996 in Hugo, OK. She survives. Mr. Romack held a Masters of Education Degree from East Texas State University and was an Ag and Math teacher, a counselor and a principal. He was of the Methodist faith and was a 32 degree Mason. He also served in the U. S. Army for 28 years in active and reserve duty as Lt. Colonel, serving in both Korea and Vietnam. In honor of his service to his country, the Hopkins County Military Coalition will perform graveside rites.

To order memorial trees or send flowers to the family in memory of Billy Romack, please visit our flower store.