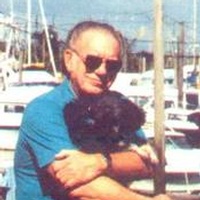 Funeral services for Albert (Jim) Hardwick, age 72, of Sulphur Springs, will be held at 11:00a.m. Tuesday, August 20, 2013 at Tapp Funeral Home Chapel with Bro. B.J. Teer officiating. A Military graveside service under the direction of the Hopkins County Military Coalition will follow at Mt. Sterling Cemetery. A visitation will be held one hour before the service (10:00a.m.) on Tuesday.
Albert J. Harwick (Jim), passed away Saturday morning, August 17, 2013. He was born in Sulphur Springs on July 30, 1941 to Thomas Roscoe Hardwick and Cora Eva (Ottinger) Hardwick. He married Peggy Campbell on March 13, 1980 in Weaver; she survives. He was in the Air Force and of the Baptist faith. Mr. Hardwick was a truck driver, journalist, and a Photographer.
Other survivors include: daughters, Sherry Choate and husband, Van, Mary Murray and husband, Michael, and Diana Self and husband, Bruce; sons, James Hardwick and wife, LeAnn, Jeff Hardwick, and Thomas Hardwick and wife, Ashley; step-son, Paul D. Simmons and wife, Marie; 12 grandchildren and 4 great grandchildren.
He was preceded in death by brother, Junior Coker and sister, Juanita Scott.

To order memorial trees or send flowers to the family in memory of Albert Hardwick, please visit our flower store.